In his third season as the head coach, Jon Murphy led the 2022 Conquerors to a record of 20-9 and a district runner-up honor. The Conquerors advanced to the Class 2A, Region 1 semifinal for the first time since 2019. Coach Murphy had a well-experienced roster that strived to win but played the epitome of team baseball. 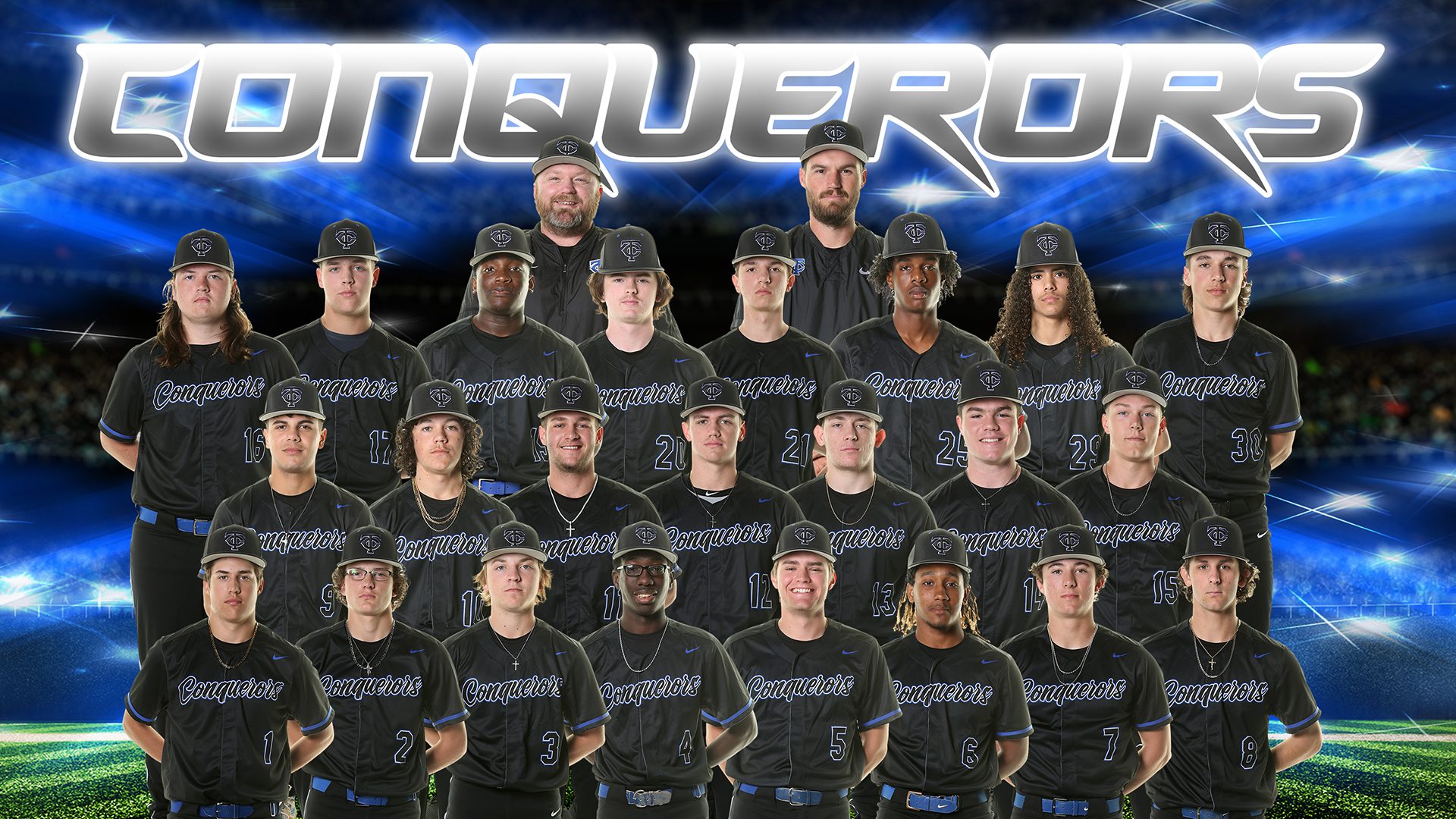 As usual, the Conquerors played one of the toughest schedules in Northeast Florida, including district opponent St. Johns Country Day School. St. Johns finished the season as region finalists and the #11 team overall in the State of Florida. In addition, Trinity faced 7A Bartram Trail, 3A Providence, 4A Suwannee, 3A Episcopal, and 1A State runner-up Bozeman.
Trinity also played four of Alabama’s finest in 7A Florence, 6A Helena, 4A Etowah, and 7A Huntsville. TCA won three of those four games at the Alabama Invitational.
Even with this schedule, the Conquerors finished with a terrific record of 20-9. Outside of St. Johns, Trinity was 20-6.

Coach Jon Murphy highlighted what the Conquerors did best on the field. “This was a very balanced team that played well in all facets,” he said. “They showed up and competed every day. I felt like they gave it everything they had and left it all out on the field.” There was nothing that Coach Murphy felt the team lacked in either effort or performance.
The standout moment of the season came on April 1 when the Conquerors defeated arguably their biggest rival of all. Trinity twice came from behind to tie Providence - once with a four-run bottom of the fourth - and the second with a two-run seventh - to force extra innings. The two teams battled to an 8-7 win for TCA in eight innings. That tremendous win against Providence started an eight-game winning streak.

Optimism for the Future

This year’s team will graduate nine seniors, but Coach Murphy is optimistic about the returning players and those who will move up from the junior varsity roster. When asked what he looks forward to most from returning players, Coach Murphy discussed the leadership and experience the players gained from the work they did this year. “We have a good group of rising seniors,” said Coach Murphy, “who will be able to take on leadership roles, and there is some young talent behind them that will get an opportunity to show what they can do.”

Most of the key players from JV joined the varsity roster at the end of the season. Braden Hansen, Mason Smith, and J.P. Espinosa all had very good years on JV, and Espinosa got some valuable varsity at bats and defensive innings on which to build as he becomes a regular varsity player. Hansen pitched 10 solid innings in varsity games and learned much from the upperclassmen on the staff and Murphy’s pitching coach, former Major Leaguer John Wasdin.

Rising seniors Landon Moore and Gage Denby will anchor a rotation that also includes rising freshman standout Brayden Harris. Colson Altman will battle for innings, and new Conquerors will bring talent and experience with them as they come to TCA.

Like all Trinity coaches, Murphy does not shy away from tough competition; he embraces it. “We played one of the tougher schedules in the city this year, and we will be taking on just as tough - if not tougher – of a schedule next season.”

Coach Murphy shared some additional sentiments about the 2022 Conquerors. “This 2022 class of seniors was a special group that gave everything they had to Trinity. They have created a culture that Trinity baseball can build on for years to come.”

Here’s to a promising 2023 season for TCA Baseball. With the experience the returning players have gained, the talent the rising JV players have shaped, and new players who will transition into TCA Conquerors, next season appears just as promising as 2022 – and maybe even more.

College Commits from This Year’s Seniors 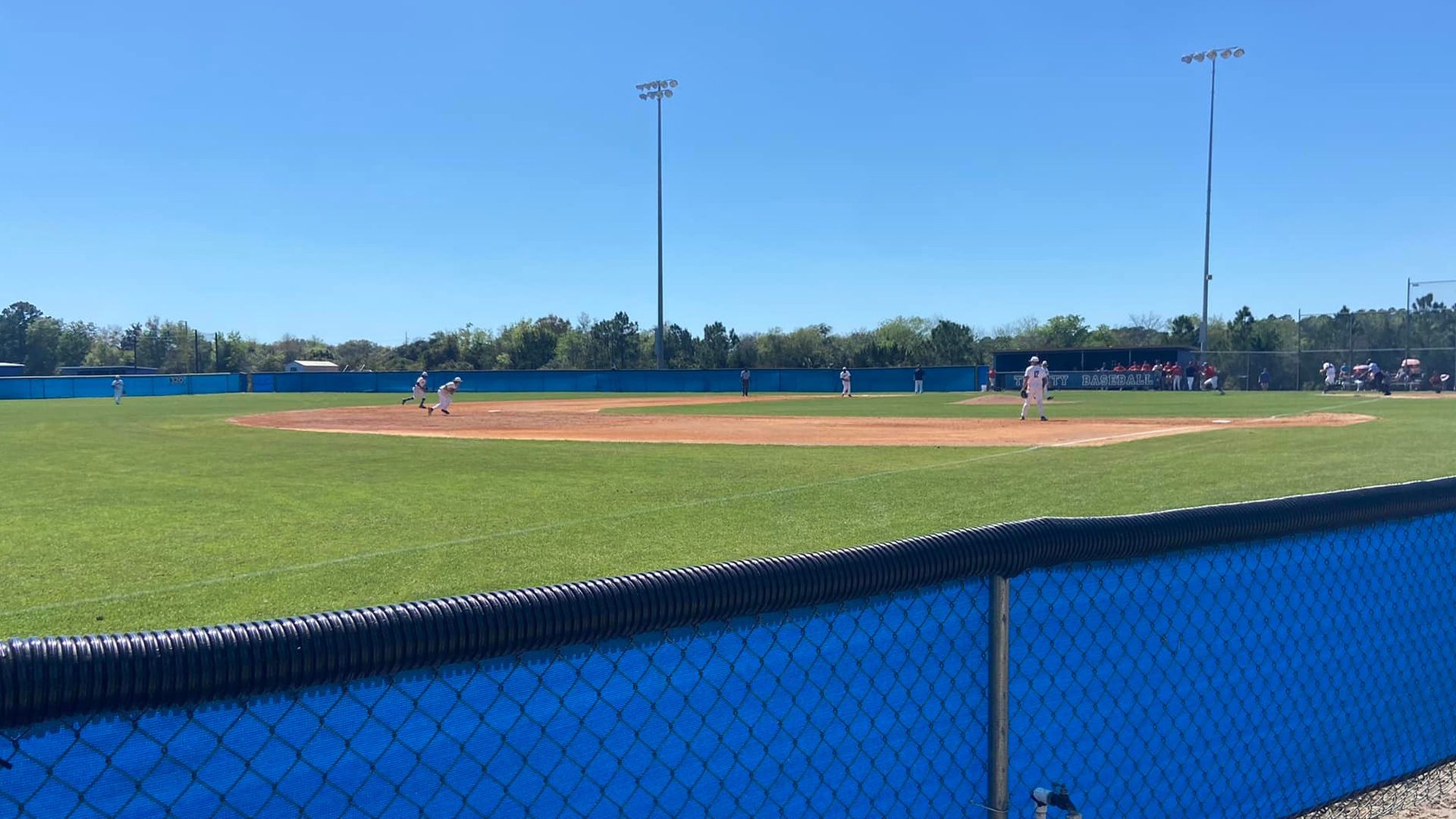